Roblox Password Guessing 2019 (Top 1000 Roblox Passwords) – As we know, there are a lot of games to play in 2019. Some of them are new games. However, there are also the games released some years ago but still playable until now. In this case, Roblox is one of them. This game is so interesting since it uses system of creation.

In short, player is like developing his own games. That is why many players love to play the games and even there is also Roblox Password Guessing 2019 for those who want to get shortcut in playing the games. The Password Guessing is quite popular, and some users use it to hack and take over some accounts.

Well, Roblox is not just a game. It gives access for each player to create character and develop the game. In its process, the player can have some items to be so special since they can be traded, and there can be money coming from the items or other things created in the game.

Because of these facts, there are some players who want to get shortcut. The way is by hacking and taking over the account. It may sound impossible since each player has secured the account with user name and password.

However, there are many options of Roblox Password Guessing 2019 to break the security issues. The password guessing can give some lists of password and accounts, so players who want to take the shortcut can check their luck by using the password guessing.

There are a lot of providers of password guessing. Some of them give the lists of password for free. However, it can be the matter of luck since the website can also be accessed by many players who need the same shortcut.

Moreover, some of data in the lists must be tried to know whether these passwords and accounts can work or not. These kinds of password guessing are usually for free. Of course, there is also several advanced password guessing. These have some kinds of method, and it is interesting to see some of them.

The first method of advanced Roblox Password Guessing 2019 is by using the social engineering. It is a method that uses the data in social media. Nowadays, social media has become important parts and contain many data, including the password and account.

Some people often use the same password and account for some purposes, including for the account of game. Then, the method works by collecting all of the sensitive and private data. These data later will be analyzed to predict and figure out the password used for account of Roblox. 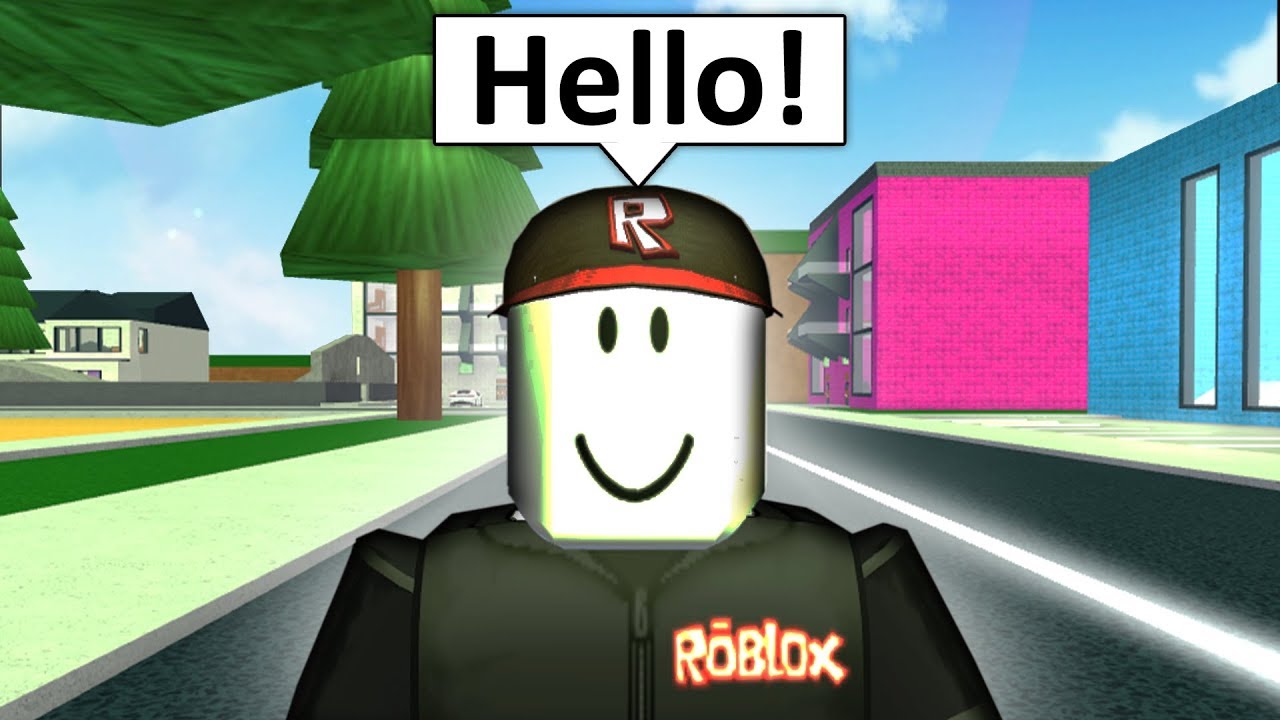 The method involves great skills in using sophisticated app. It is because malware is not easy to make. It is very difficult to make certain malware that can be used to steal the sensitive data, including password. That is why it needs good hackers.

The method is also common to use by hackers. They make certain emails containing link to the website. The website has been modified, so it will make users to login and input the password and account. Then, these data will be saved and the hackers can use data for some actions, including making Password Guessing for Roblox game.

Of course, phishing involves sophisticated process. Even, it can also hack the browser, so more data can be obtained. In some cases, the hacked webs may be used by Roblox player to login then the data will be stolen unconsciously. It is how the Roblox Password Guessing 2019 works by using the method of email phishing.

Those are some of advanced password guessing methods in Roblox. These are different from the common password guessing that usually has free access. These involve sophisticated methods and process. Even, there are hackers working behind all of the processes since it needs advanced skills to steal and collect the data.

Therefore, these advanced password guessing are not for free. Some of them even have high price. Although it can be so expensive, there are still some people who use the services. They want to get the shortcut to play Roblox. Moreover, there can also be money obtained from the game. They may think that it can become such investment.

Of course, the password guessing is illegal. Roblox and other kinds of game already declare that these actions of stealing accounts and legal action can be taken by developer of the game.

Developer of Roblox can give many kinds of punishments toward accounts that use these tricky and illegal ways in playing the games. Most of the account will be blocked and blacklisted, so player cannot play the game anymore.

It is very possible for the developer of Roblox to know the Roblox Password Guessing 2019. They also have game developers, and these teams work to provide security and protections for the account.

In this case, the password guessing will try to guess and break the password. The passwords can be easily guessed and taken over when they are so weak. In this case, there are some ways to create better password, so it is harder for the malware and software to guess it. These can be useful tricks for those who are afraid of the actions of hackers.

Some passwords can be easily guessed and hacked because they contain the common information. Moreover, there are also tendencies of people to make password based on the personal information. Name and birthday is the most common info to use.

These are easy to memorize, so users do not need to worry if they might forget the password. However, it also gives easier access for hacker to guess the password. Therefore, it is highly recommended to avoid password containing name and birthday. Other common information such as address and hobbies should also be avoided.

Then, people also tend to use common words for the password. The reason is also to make it easy to memorize. However, it will only give less protection and security. Some apps can easily guess the password when they use common password. In this case, it is better to use difficult words. Even, it is great to make your own words.

When password has less character, the algorithm of Roblox Password Guessing 2019 will have easier process in guessing the password. It is like the matter of possibility. With longer characters, there will be more possibilities and it will make the software find problems in finding the correct password. In this case, the password can be stronger when there are combination of alphabets and numbers. These will be harder to guess.

Then, it is very important to keep the password as a secret. Sharing password can be dangerous since abuse can always happen. Moreover, when you also want to save your password, try to save it in your own paper. Saving the passwords in digital platform make hackers easily trace and steal the data.

In addition, it is also important to be careful in accessing app and web. Malwares can always attack and steal the data. Therefore, it is better to activate firewall and web protection from third-party antivirus.

Then, when the apps are downloaded, it is better to buy the app from its official source. Moreover, scanning the downloaded apps can be great to make sure there are not malwares. That is all the important information related to password and password guessing. The tool can be good shortcut, but it is illegal to use.

Moreover, it is also very important for all Roblox players to pay attention to the password strength. There are tips to create stronger and better passwords, so it is possible to avoid the attack of Roblox Password Guessing 2019.

A guest is a special user that can access ROBLOX games and most website content that isn't purchasable without registering. By definition, one would not need an account to play the game. A guest cannot access purchasable content in-game, as they are assigned a randomly-generated ID. ROBLOX stores a cookie on the user's computer that keeps that ID. This means that ROBLOX does not have to create so many IDs.

If a player joins a game but does not register,they are labeled as a guest by default. The guest's avatar is a placeholder for players interested in a game and want to play it before entering their credentials. The placeholders are BillyBloxxer, DefaultGuest, and BettyBloxxer.

BillyBloxxer, DefaultGuest and BettyBloxxer are ROBLOX Guest templates. Joining in-game as a Guest would load one of their character appearances.

There are groups made by users that praise guests, and feel sympathy for them when they are abused through ads, games, decals, models, and sometimes animations and even roblox's own gears! Sometimes, the reason accounts are made is because a user began as a guest to other players. Some users believe that other players use the guest feature to scam or ruin other player's places, commonly known as trolling, and use the guest utility to bypass bans, because guests cannot truly be banned from the game. As many guests are users unaware of the 'unofficial rules' of ROBLOX, they tend to use gears that are considered annoying by some users. This explains the reason why many guests perform actions considered rude in many games, such as spawnkilling, killing their own team members, and destroying other users' creations in free building games. Also, guests cannot see chat or say anything themselves, because the chat bar is not able to be used as a guest. Because of this, guests will often not be able to see other players trying to stop them, and will continue. Some players call guests 'lazy' for not creating an account, as guests are still required to install the required software in order to play any games. Admins have stated that guests will never be removed from ROBLOX.

It is possible for scripts to ban all guests from a game. This violates the terms and conditions because it makes these new users believe ROBLOX is a bugged game.

With the addition of new updates, both new users and guests can pick a gender for their character. If you choose boy, you will be a default guest, but as a girl, you're given pink hair along with a slim torso for your guest. Because of this, some users have chosen to be a girl, which can sometimes mislead others.

No one can report guests, but guests can report other players. It is impossible for registered players to report them, making it a free will for exploiters to exploit games anonymously and not get banned.

Guests used to have a function called Safechat, a chatting menu used to talk to non-freechatters, including guests, but this feature was removed, so guests can no longer talk unless they create a account on ROBLOX. In November and December of 2014, Guests have been reported to chat normally. This has since been patched.

Guests sometimes take on the appearance of DefaultGuest, but this is a rare occurrence..
&amp;lt;img src='http://vignette3.wikia.nocookie.net/roblox/images/9/9a/ROBLOX_Guest_Noob.jpg/revision/latest/scale-to-width/138?cb=20130630212126' alt='ROBLOX Guest Noob'&amp;gt;
2008 - 2011 guests. Notice the guests did not have genders at the time.